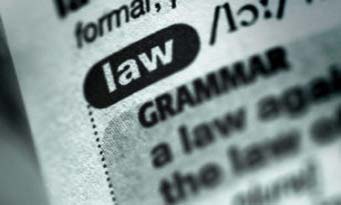 One of the key factors that holds back the credit market is the mechanism of resolving insolvency or failure of a borrower to make good the promise made to the lenders. The structure of the bankruptcy and insolvency process in India before the enactment of the Insolvency and Bankruptcy Code, 2016 (“Code”) was elaborative, multi-layered, scrappy and complex.

The laws covering corporate insolvency were:

(iii) Recovery of Debts due to Banks and Financial Institution Act, 1993; and (iv) Securitization and Reconstruction of Financial Assets and Enforcement of Security Interest (SARFAESI) Act, 2002.

(i) Corporate Debt Restructuring Process (for facilitating out of court settlement between the debtor and the creditor bank);

(ii) Joint Lenders Forum (for facilitating the adoption of a comprehensive banking system); and

(iii) Strategic Debt Restructuring (which enables banks to convert their credit facility to a firm into equity and execute a change in the management of the firm).

♦ One of the other secured creditor entered into a memorandum of understanding with the bank, for the bank to sell the debtor’s properties and pay the secured creditor its due from the proceeds;

♦ Another creditor filed a petition for winding-up of the Company;

♦ The company that had leased machinery initiated proceedings invoking the arbitration clause in the agreement and simultaneously filed an application in the high court restraining the debtor from selling and/or transferring its assets;

♦ The secured creditors of the Arunachalam Sugar Mills sister concern initiated proceedings under SARFAESI Act and not only took possession of its assets but also sold the same through an auction;

♦ The unsecured creditor that had supplied boilers filed a civil suit for recovery of money due, by sale of immovable properties.

This is not it, there were cases where an application is filed to the Board of Industrial and Financial Restructuring (“BIFR” or “Board”) and a simultaneously application by creditor for winding-up / under SARFAESI.
Well multiplicity of laws, parallel proceedings, conflicts were not only the cause for portrayal of the Code, Various other factors that complimented in support of the new framework (i.e. the Code) were the problems of:

(i) delay in disposal insolvency and bankruptcy cases;

(ii) substantial reduction in the value of the assets of the debtor;

All of the above factors contributed in portrayal of the Code.

The Insolvency and Bankruptcy Code, 2016 or the Code was passed by the Parliament on 11th May 2016 and received presidential assent on 28th May 2016. The Code became operative from 1st December 2016.
Below is the list of key events that took place:

Aphoristic on the new Code

The Code is a single unified legislature to resolve insolvency for all Companies, Limited Liability Partnerships, Partnership Firms and Individuals & thereby balancing the competing interest of debtors, secured creditors and other stakeholders. Importantly, the Code specifically excludes Persons providing financial services from its purview and hence no insolvency proceeding can be initiated against such companies. At its core are 3(three) principles:

(i) a business can and will fail and that all failure is not fraud;

(ii) insolvency resolution is commercial decision best left to the collectively by the creditors’; and

The Code seeks to: (i) consolidate and amend laws relating to reorganization and insolvency resolution in India; (ii) protect the interest of the small investors; (iii) make the process time bound, (iv) maximize the value of the assets of the debtor, etc.

Understanding the functioning under the Code:

Adjudication Authority: An Adjudicating Authority is a bankruptcy judge whose main job is to ensure that the insolvency and bankruptcy resolution/proceedings are being performed within the framework laid down by the law.

The AA in relation to insolvency resolution and liquidation of a Corporate Debtor is National Company Law Tribunal (“NCLT”) and for partnership firms is the Debt Recovery Tribunal (“DRT”).

Information Utilities: The Code envisaged the need of a firm which stands ready to receive information filings that are required under this Code and which shall stand ready to deliver information when requested, to be known with the name information utilities.

Methodology in case of Corporate Debtor:

The Code defines the term Corporate Debtor to mean –

(ii) who owes a debt to any person.

So, whenever there is a default by a Corporate Debtor the Code provides a right to the creditor to make an application to the Adjudicating Authority (viz. the National Company Law Tribunal having territorial jurisdiction over the place where the registered office of the Corporate Debtor is located) for initiating the corporate insolvency resolution process.

The Code also lays down a process by which the corporate firms in financial distress can himself seek a resolution or an exit on the occurrence of a default. Explicably the plea for initiating insolvency can be submitted by the (i) the financial creditor; (ii) the operational creditor and (iii) the Corporate Debtor himself.

We would discuss in depth the Corporate Insolvency Resolution Process initiated by the corporate debtor himself:

The IRP shall then within three(3) days from the date of his appointment make a public announcement calling upon creditors of the Corporate Debtors to submit their proof of claims. The IRP is responsible collate and verify all claims received from the creditors against the Corporate Debtor within seven(7) days from the last date of receipt of the claim and thereupon to prepare and maintain a list of creditor. The IRP is then required to constitute the committee of creditors which shall comprise of Financial creditors only. However, if the Corporate Debtor does not have any Financial creditor(s) then the committee shall consist of only Operational creditors and shall be constituted in accordance with Regulation 16 of the Insolvency and Bankruptcy Board of India (Insolvency Resolution Process for Corporate Persons) Regulations, 2016. The IRP is to convene the first meeting of the committee of creditors within seven(7) days of the constitution of the committee of creditors and the committee shall at its first meeting (by atleast 75% vote) either appoint the IRP as the resolution professional (“RP”) or replace the IRP by another RP. The RP appointed by the committee of Creditors shall now be responsible to conclude the entire insolvency resolution process in accordance with the nuances of the Code and rules and regulations made thereunder.

The entire corporate insolvency resolution process is to be completed within one hundred & eighty(180) days from the date of admission of the application by the Adjudicating Authority to initiate the corporate insolvency resolution process. The said period of one hundred & eighty(180) days can be further extended (only once) to a further period of ninety(90) days by an application to the Adjudicating Authority on the basis of the resolution passed by 75% of the creditors having voting rights at the meeting. 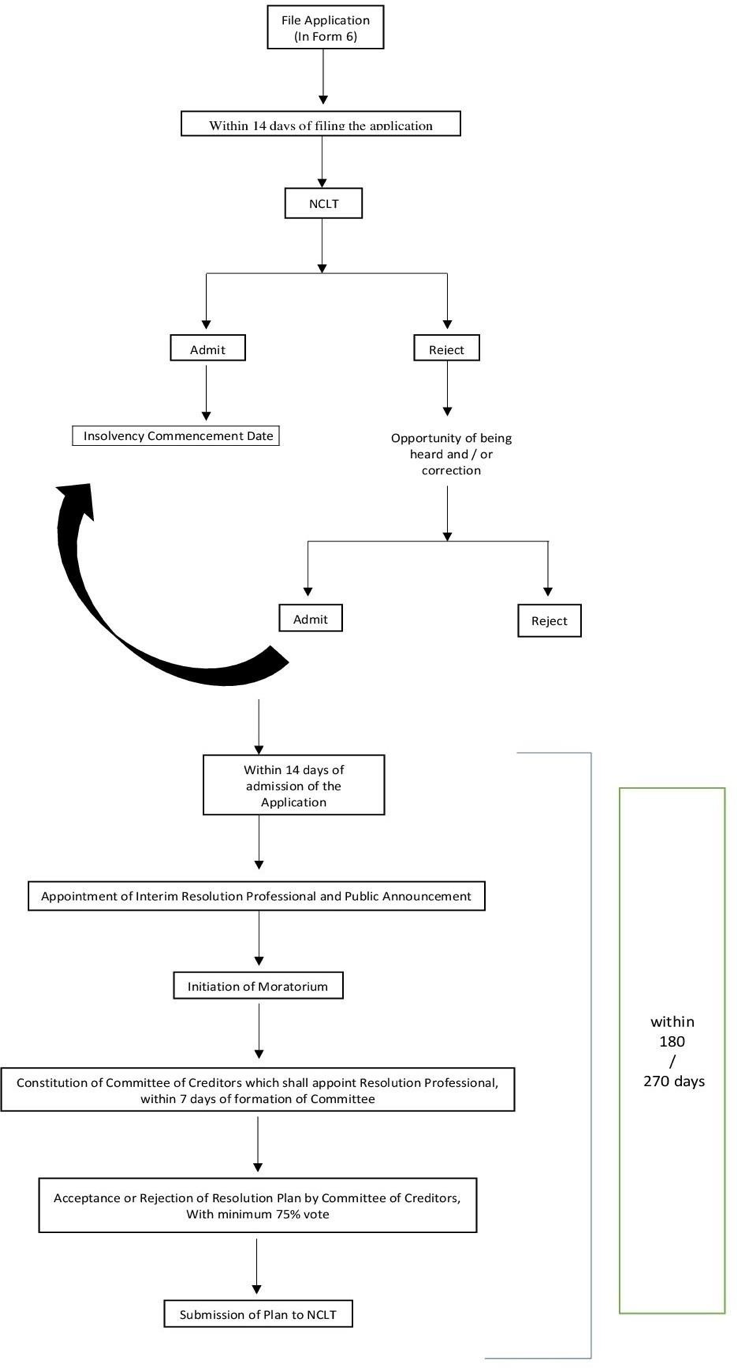 Recent Development under the Code
The parliament on 2nd January 2018 passed the Insolvency and Bankruptcy (Amendment) Bill, 2017 (“said Bill”) to be effective from 23rd November 2017 and the said Bill shall replace the ordinance promulgated by the president on 23rd November 2017.

Purpose behind the Amendment:

The provisions of the Code before passing of the said Bill did not restrict or bar any person from submitting a resolution plan or participating in the acquisition process of the assets of the Corporate Debtor.
Concerns were raised that persons who, with their misconduct contributed to default(s)or are otherwise undesirable, may misuse the situation due to lack of prohibition or restriction to participate in the corporate insolvency resolution process or the liquidation process, and thereby gain or regain control of the Corporate Debtor. This may undermine the process under the Code as the unscrupulous person would be seen to be rewarded at the expense of the creditors.

The Bill also seeks for implementation of insolvency resolution and bankruptcy for individuals and partnership firms in a phased manner, after considering the wider impact of these provisions.

For those cases where the resolution plan has already been submitted by unscrupulous persons but are remaining to be approved by the Adjudicating Authority, the committee of creditors have been entrusted with the responsibility to give such unscrupulous persons a time period to repay overdue amounts and become eligible.

Snapshot of the said Bill:

The said Bill, inter alia, amends the definition pertaining to ‘resolution applicant’ and ‘resolution plan’, provide for eligibility for a person to submit a resolution plan (vide insertion of section 29A) and enhances the applicability of the code.

The definition of the term resolution applicant as defined under section 5(25) of the Code is replaced with the following:

Hence, by amending the definition of resolution applicant and resolution plan, a clarity has been brought that a resolution can only be submitted pursuant to an invitation by the resolution professional under the Code.
Section 29A have been inserted in the Code which provides disqualification of a person to submit a resolution plan.

The newly inserted section 29A restricts the following persons (whether individually or jointly or in concert with other person) from submitting a resolution plan:

(a) an undischarged insolvent;

(b) a willful defaulter (as per RBI guidelines);

(c) is classified as a non-performing asset for a period of one(1) year or more and continues to default in payment of dues until submission of a resolution plan (provided that such person shall be eligible if such person makes payment of all overdue amount with interest thereon and charges relating to non-performing assets before submission of a resolution plan);

(d) convicted for an offence punishable with imprisonment for two(2) year or more;

(e) disqualified to act as director under the Companies Act, 2013;

(f) prohibited by SEBI from trading in securities or accessing the securities market;

(h) has executed an enforceable guarantee in favor of a creditor, in respect of a Corporate Debtor against under insolvency resolution process or liquidation under this Code;

(i) is subject to any of the above disabilities under any law in a jurisdiction outside India;

(j) is a ‘connected person’ in respect of such person meets any of the above criteria;

The said Bill defines the term connected person to mean —

(i) any person who is the promoter or in the management or control of the resolution applicant; or

(ii) any person who shall be the promoter or in management or control of the business of the Corporate Debtor during the implementation of the resolution plan; or

(iii) the holding company, subsidiary company, associate company or related party of a person referred to in clauses (i) and (ii) above (however excluding (a) a Scheduled Bank;
(b) an ARC registered with RBI (c) an AIF registered with SEBI.) 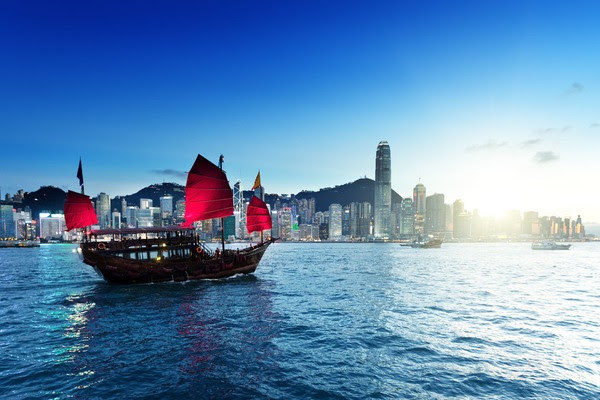 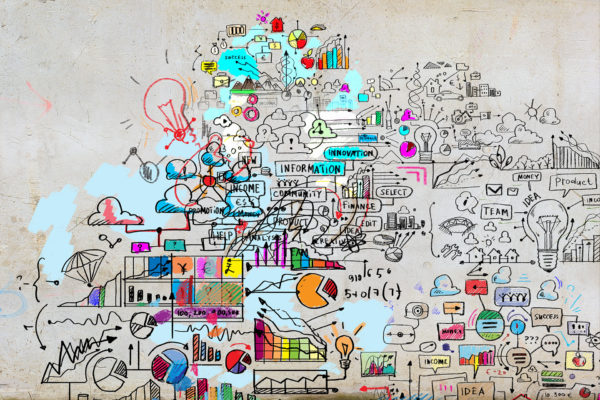 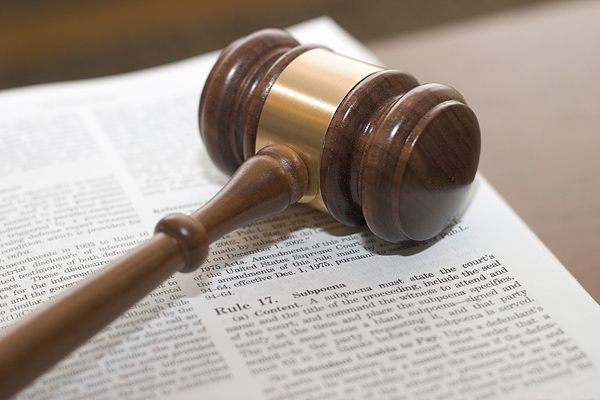 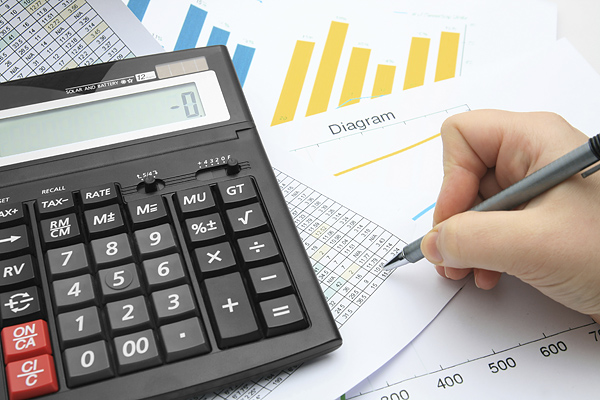 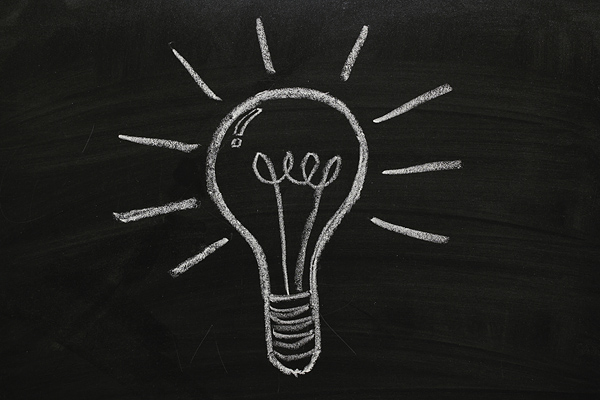